How is Medicare Advantage funded?

Medicare Advantage, or Part C, is a health insurance program. It is funded from two different sources.

The monthly premiums of beneficiaries provide part of the funding. However, the main source is a federal agency called the Centers for Medicare & Medicaid Services, which runs the Medicare program.

Advantage plans pay for the services otherwise covered by Medicare parts A and B. They also pay for some additional services, depending on the specific Advantage plan.

Medicare Part A covers care in institutions such as hospitals, with the exception of hospices. Medicare Part B covers outpatient services such as visits to a doctor.

Advantage plans may also cover prescription drugs and supplemental benefits, such as dental and vision care.

Some funding for Advantage plans comes from the monthly premiums of enrolled individuals. However, most of the funding comes from Medicare.

Every month, Medicare pays into Advantage plans an amount that covers the Part A and Part B costs of beneficiaries. If a plan also offers prescription drug coverage, Medicare provides a separate payment.

The amount of the monthly payments depends on two main factors:

First, each plan submits a bid to Medicare, based on the estimated cost of Part A and Part B benefits per person.

Next, Medicare compares the amount of the bid against the benchmark. The benchmark is a percentage of costs of average Medicare spending per individual.

Each county in the United States has its own benchmark. It reflects the practice patterns of resident healthcare providers that bill Medicare. Practice patterns differ among counties, so their benchmarks also differ.

When the plan’s bid is greater than the benchmark, the person enrolled in the Advantage plan pays the difference between the two amounts. This payment is a monthly premium. A person pays this in addition to the Medicare Part B premium.

If the bid is lower than the benchmark, the plan gets a rebate from Medicare that is a percentage of the difference between the bid and the benchmark.

Plans that receive rebates should use a portion of the rebates to fund supplemental benefits or to reduce premiums.

Base rate and risk adjustment rate

Medicare Advantage uses the bid and the benchmark to determine the base rate.

After the establishment of the base rate, Medicare uses risk adjustment to change the rate to reflect the anticipated healthcare costs of a person enrolled in a plan.

For example, if someone has a risk score of 1.0, it means that their expected costs are equal to those of an individual with average health.

The Supplemental Medical Insurance Trust Fund pays for Part B costs, such as visits to a doctor, along with prescription drug costs. The money comes from:

In 2019, Medicare payments to Advantage plans to fund Part A and Part B benefits were $250 billion, according to the Kaiser Family Foundation. This represents 33% of Medicare’s total spending.

On average, across the country, 34% of people with Medicare chose to enroll in Advantage plans during 2019. The percentage of residents who have these plans varies widely by state, from 1% in Alaska to 43% in Minnesota and Florida.

If there is a nationwide rise in people choosing Medicare Advantage over original Medicare parts A and B, the percentage of total Medicare spending on the plans may also rise.

The amount of the payments from Medicare depends partly on the anticipated costs of healthcare in the county where each beneficiary lives.

Another factor that influences Medicare’s contribution is the expected healthcare costs of the beneficiaries, based on their medical records.

Medicare’s funding comes from a variety of sources, such as taxes and funding authorized by Congress. Medicare’s payments to Advantage plans account for one-third of Medicare’s total spending. 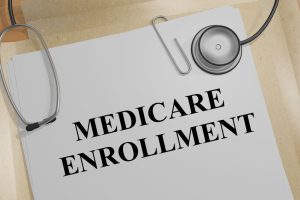 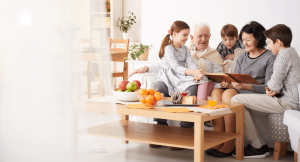